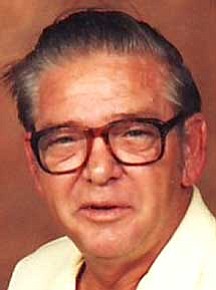 John R. Butcher passed away at home on Saturday, March 6, 2010, with his wife and children at his bedside. He was 82. He was the son of Morris and Inez (Bowden) Butcher who preceded him in death.

John was born in Decatur, Ind., Aug. 21, 1927. The family moved to Wapakoneta, Ohio. John graduated from Blume High School. John served in the Navy during World War II. He was a Seaman 1st Class. John was an avid bowler. He was the president of the Kingman Bowling Association from 1992 to 1996. He received many awards and is in the Bowling Hall of Fame, of which he was so proud.

He had a janitorial business for many years. He retired in 2008 because of illness. He was predeceased by his sons, John Jr., Mike Woods, Steve and his wife Jodella Woods; two brothers, Bill and Morris Butcher; and one sister, Eleanor Van Shoyck.

He leaves behind his wife, Zenith "Caroline"; daughters, Karen (Don) Eisner of North Carolina, Janet (Greg) Duquette of Arizona and Linda (Tim) Ferguson of Louisiana; a sister, Marian Wolfe of Ohio; and a brother, Paul in Oregon. He also left behind 25 great-grandchildren, 15 grandchildren and many nieces and nephews.

John was a loving husband, father, grandfather and great-grandfather. We are going to miss him very much.

John's wish was to have his body donated.

A celebration of his life will be held at noon on Friday, March 19, at the Moose Lodge, 302 Monroe St., Kingman.