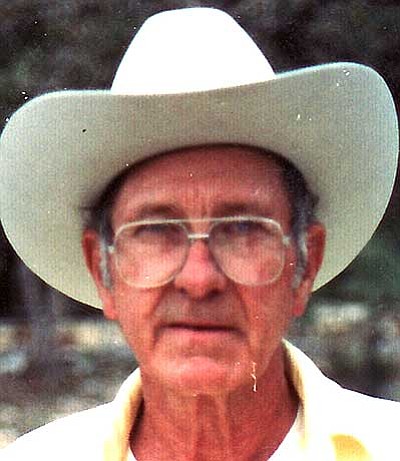 He started out his profession as a mason in his early 20s. He soon became a master mason and then joined the union. Shortly after, he was awarded Mason of the Year in Texas. He moved to Arizona in 1964 and worked on many projects, from the casinos in Laughlin to the Land Owners' building in Golden Valley to various jobs throughout Kingman, Dolan Springs, Meadview and Las Vegas. He later retired in 1995 due to injuries sustained in an auto accident while visiting family in Texas.

Gearl served in the Army/Air Force for a short period of time in his teenage years and was discharged with an honorable medical release.

He is survived by his brother, Wilbur Ward; his two sisters, Joy Ward and Nita Ward; his sons, Michael Ward, Chester Ward, Kenneth Ward and Jerry Ward; and his daughters, Cindy Jo Ward and Dena McBride; and a multitude of grandchildren, great-grandchildren, nieces, nephews, cousins and friends.

Gearl was laid to rest in Chloride Cemetery at 9:30 a.m. Friday, March 12. He will be loved and missed by many who knew him.