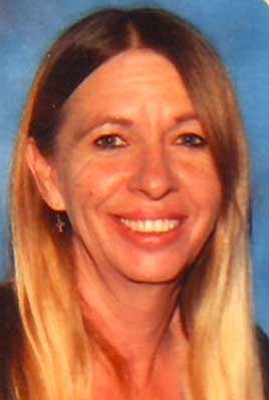 Jewel Dexine Glotkowski of Kingman went home to her Lord on Sunday, March 7, 2010, in Kingman. Jewel was born Aug. 27, 1957, at Mohave General Hospital in Kingman.

Jewel had a lot of hobbies that kept her busy. She enjoyed camping, fishing and taking walks in the desert near her home to collect strange and unusual rocks.

Jewel was an active member and volunteer of the Mohave County Fair Association.

She loved to meet new people, but what she loved the most was spending time with friends and family, especially her five grandchildren.

Jewel will be greatly missed.

Services for Jewel will be held at noon Friday, March 19, at the Hilltop Foursquare Church, 2215 Emerson Ave., Kingman.