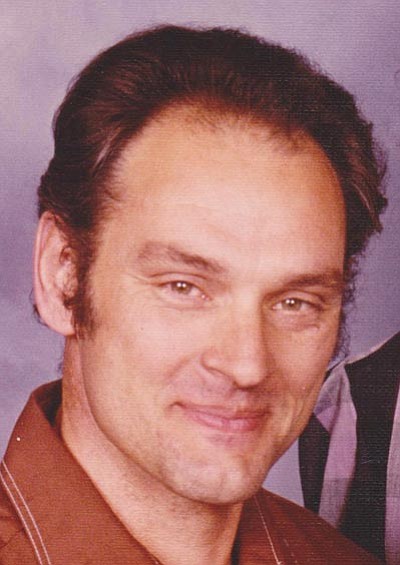 Gene Heinemeier, born Oct. 28, 1943, passed away from complications due to M.S. on April 26, 2010, in Prescott. Louis Eugene Heinemeier was the second child born to John and Lela Heinemeier in Alton, Ill. The family resided between Bunker Hill, Ill., and Alton while he was growing up.

After his older brother Michael joined the U.S. Marines, Gene followed suit. While the two brothers were stationed at Camp Pendleton, San Diego, he met and married Eunice (Gail) King on Feb. 26, 1965. A son, Louis Eugene II, joined Gene and Gail on Nov. 3, 1965. Gene was honorably discharged Feb. 10, 1966 and the trio relocated to Elfrida, Ariz., near Gail's family. He hired on with Phelps Dodge Copper Mining Corporation in Bisbee, Ariz., where he did everything from muck truck driver, cable-crew, equipment operator and shovel operator.

During the Bisbee years, Gene, Gail and Louis were joined by Clea Catherine on May 7, 1969. During one of the many union strikes against the company the family opted to relocate to Morenci, Ariz. Gene was diagnosed with Multiple Sclerosis in 1980 and medically retired from the police department in Morenci on April 30, 1983. After closing their "The Bike Shop" in Clifton, Ariz., the family moved back to Bisbee. The family opened The Bisbee Bike Shop in 1984 and Gene went to work for Cochise County Road Department. His M.S. was getting noticeably worse when he decided to leave the road department and closed the business in 1987.

Their children moved to Las Vegas, and Gene and Gail were looking forward to getting close to Clea's four children, but to no avail. Finally, the grandchildren settled in Kingman, and Gene and Gail moved right behind them, where they resided until Gail's passing on Dec. 1, 2008. Clea moved him to Bagdad, Ariz., to be with her and her fiancé David, for care until his passing. Gene is preceded by brothers, Joseph and Charles; parents Lela and John; and his wife of 44 years, Gail. Gene is survived by brothers, Michael of Bunker Hill, Anthony of Las Vegas, Andrew, Edward, Matthew and sister Catherine all of Bunker Hill, and a sister, LeAnn of Woodburn, Ill.; his son, Louis of Oklahoma; his two daughters, Sara Solano of Bisbee, and Kieli Hienemeier of Fort Smith, Ark.; daughter, Clea Heinemeier of Bagdad and her four children, Vincent of Ottumwa, Iowa, Alyshia of Casa Grande, and Dominic, Teyshia and ex-son-in-law Frank Solano, all of Kingman.

In lieu of flowers, please donate to your local hospice of choice. Arrangements are being handled by Chino Valley Funeral Home; please feel free to visit his memorial at www.HeritageFuneralChapels.com.