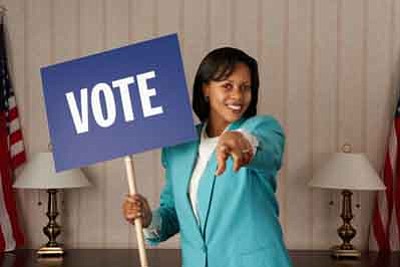 PHOENIX - The Arizona Secretary of State's Office and the Mohave County Elections Department want Mohave County voters to keep a close eye on their mailboxes.

According to the Secretary of State's Office, roughly 24,000 Mohave County households were instructed to go to the wrong polling place for the May 18 Special Election as part of the directions included in the state publicity pamphlets mailed to voters last month.

The county has consolidated the number of polling places from the normal 73 locations to 52 locations, according to Elections Director Allen Tempert. Because of the consolidation, some voters will cast their vote at a different polling place for the May 18 election. The publicity pamphlets sent out by the state direct some voters to the wrong polling place.

To alleviate confusion, the state is mailing postcards to each registered voter from affected households.

These postcards will point voters to the correct polling place for the special election and should begin showing up in mailboxes this week. Voters in households mailed an accurate publicity pamphlet will not receive a postcard.

A third-party vendor who mailed the pamphlets for the state created the error.

The Secretary of State's Office is working to ensure that no taxpayer dollars are used in the mailing of the corrective postcards.

Twelve of the state's 15 counties were affected, with Maricopa, Pima and Apache counties spared.

Voters may locate their polling place for the May 18 election by contacting the Mohave County Registration Office at (928) 753-0767 or using the Secretary of State's new Voter View tool: https://voter.azsos.gov/VoterView/PollingPlaceSearch.do

The last day to request an early ballot for the May 18 election is today.

Voters interested in getting an early ballot in the mail can contact the Mohave County Recorder's Office at (928) 753-0767 or stop in at the office at the County Administration Building, 700 W. Beale St., to request one.

Early ballots must be mailed by May 13 in order to make sure they get to the County Elections Office on time to be counted.

Voters may also drop off their early ballots at a polling place on Election Day.