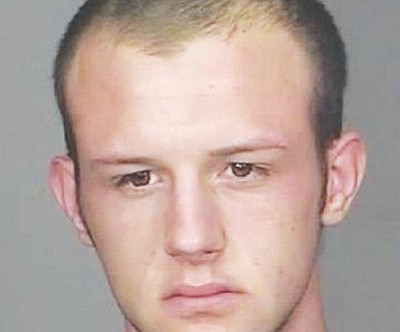 KINGMAN - A warrant for first-degree murder has been issued for a 20-year-old Kingman man.

The Mohave County Sheriff's Office is asking for the public's assistance in locating Eric Blake Depierro. He is the last person known to have seen 54-year-old Mario Francisco Izquierdo-Diaz.

Izquierdo-Diaz was discovered dead of a stab wound to the neck in the bedroom of his home in the 2800 block of Lass Avenue just before 7 a.m. Friday.

Sheriff's Spokeswoman Trish Carter said a roommate in the home said Depierro was coming to visit the victim that morning, and she heard a scuffle between the two before she found Izquierdo-Diaz.

Depierro is a white male, 5-foot-7, weighs 140 pounds and has brown eyes and brown hair.