Who we celebrate on Veterans Day 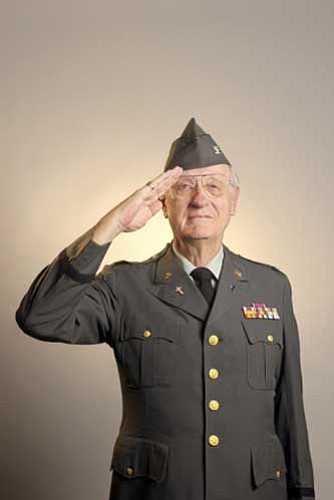 On Nov. 11, our country will honor its veterans as it does every year, with parades, ceremonies, speeches and patriotic music. Schools will welcome us into their classrooms and ask us to tell our stories, and everywhere we go young and old alike will clasp our hands and say, "Thank you for serving." We are blessed to live in a grateful nation.

We also live in an incredibly diverse nation. Our veteran population - just over 23 million and counting - reflects that. As Americans seek out those in their communities who wore the uniform to recognize them this Veterans Day, they'll find that women and minorities are serving in the military in greater numbers than ever before.

According to the National Center for Veterans Analysis and Statistics, about 2,600,000 living U.S. veterans - 11 percent - are black. Another 1,824,000 - 8 percent - are women. Smaller percentages include Hispanics (5.8 percent), Asian/Pacific Islanders (1.5 percent) American Indian/Alaska natives (0.8 percent) and "other" (1.3 percent). These numbers are always changing, but together, they're about 29 percent of America's veterans, or about 6,700,000. We're no longer Sgt. Rock's army.

Addressing the American Legion's 92nd National Convention in Milwaukee, I expressed my desire to see more of this diversity in our own ranks - not because our organization is a promoter of diversity for diversity's sake, but because from its inception, the Legion has always maintained that a veteran is a veteran. From Frank Buckles, the last living World War I veteran, to Dawn Halfaker, who lost an arm in combat during Operation Iraqi Freedom and now serves on the American Legion Small Business Task Force, we all share a common bond, regardless of our gender or race.

This is not a new development. Women were welcomed into the Legion before they had the right to vote in the United States. One of our founders, Hamilton Fish, is probably best known as the commander of the first all-black U.S. combat unit shipped overseas in World War I - the Harlem Hellfighters, who in 191 days of duty at the front didn't have any men captured or ground lost. Two of the country's most prominent civil-rights voices, Earl Dickerson and Corneal Davis, were among the first black veterans to join the newly formed American Legion and organize posts for black soldiers.

If you honorably served our country during wartime, you have a home in the Legion, period. We know, and cherish, a camaraderie rarely found elsewhere in society - a camaraderie that is colorblind and, increasingly, genderblind. The oath we swore was the same. The commitment we made; the discipline we endured; the joy and pride we felt serving something greater than ourselves.

On this Veterans Day, let us thank God for the gift of freedom made possible by those who served our nation with honor, courage and commitment in our armed forces during all wars that enabled so many of them to earn that coveted title of an "American veteran."