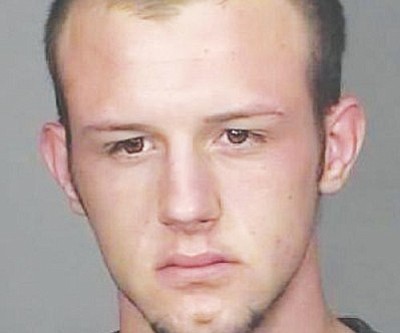 KINGMAN - A murder suspect has been arrested after a week on the lam.

Sheriff's spokeswoman Trish Carter said Izquierdo-Diaz's body was discovered just before 7 a.m. Oct. 29 in his bedroom by a roommate at their residence in the 2800 block of Lass Avenue. The roommate told authorities that Depierro had come over that morning and that she heard them arguing. Izquierdo-Diaz died of an apparent stab wound to the neck.

A first-degree murder warrant was issued for Depierro earlier this week. The Sheriff's Office then received information that he was about to turn himself in, and deputies were able to learn of his location.

He was arrested without incident just after 8:30 a.m. and is being held without bond at the Mohave County Jail.