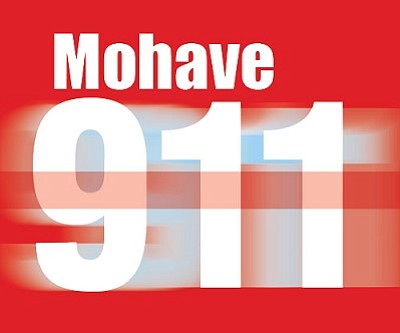 Mohave County Sheriff's deputies arrested Jeffery Matthew Haizlip, 41, and Karen Sue Page, 44, both of Golden Valley on Nov. 22. Haizlip was arrested for possession of marijuana, possession of drug paraphernalia, felonies, along with driving with suspended license, a misdemeanor, and four outstanding warrants. Page was arrested for felony possession of drug paraphernalia and a failure to appear misdemeanor warrant issued by Kingman Justice Court. Deputies conducted a traffic stop in the 1800 block of Eloy Road around 11:15 a.m. and contacted Haizlip, the driver. A records check showed Haizlip to have a suspended license, along with a failure to appear warrant issued by Kingman Justice Court, a contempt of court warrant and two probation violations, all issued by Kingman Municipal Court. While he was being arrested, deputies allegedly found Haizlip to be in possession of a plastic bag containing marijuana and a syringe. Deputies also contacted the passenger, identified as Page. A records check showed her to have an outstanding warrant. While she was being arrested, she was reportedly found to be in possession of a glass pipe with residue. Both were transported and booked into the Mohave County Jail. The vehicle was towed from the scene.

Mohave County Sheriff's deputies arrested Timothy Charles Peontke, 48, of Yucca on Nov. 22 for felony aggravated harassment. A 63-year-old female victim reported that Peontke was stalking her and her daughter as they were driving in Yucca in the last several days. She said Peontke was following them in his vehicle and tried to drive them off the roadway. The victim said she has an order of protection against Peontke. Deputies confirmed the order of protection to be valid. Deputies contacted the victim's daughter, who said that they had to drive on the shoulder of the Interstate 40 because Peontke would not move his vehicle. Deputies contacted Peontke in the 400 block of Beale Street. He said he hasn't left his residence for a week. Peontke was arrested without incident, transported and booked into the Mohave County Jail.

Mohave County Sheriff's deputies arrested Mike Edward Kirby, 44, of Kingman on Wednesday for felony possession of dangerous drugs. Deputies conducted a traffic stop in the area of Carver Avenue and Benton Street around 6:30 p.m. and contacted the driver, identified as Kirby. A records check showed Kirby to have a suspended driver's license. He was arrested without incident. A search reportedly revealed Kirby to be in possession of a white powdery substance and he allegedly admitted the substance to be methamphetamine.