Why the hatred toward Muslims now? 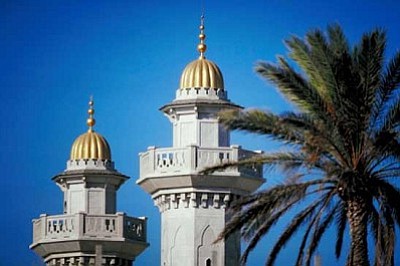 On my first day of high school, I shared a table in my biology class with a girl named Sanela. Sanela was a Bosnian, one of the thousands of refugees whose families settled in the St. Louis area following the outbreak of war on the Balkan Peninsula in the mid-1990s.

She was also a devout Muslim, though that fact never really registered to my then-14-year-old sensibilities. To me, she was just a girl I went to school with and talked to in order to pass the time, and for a war refugee, I remember her being surprisingly well-grounded - she spoke impeccable English, among several other languages, and was smart as a whip.

I only learned about her faith halfway through the school year, when one of our classmates, a popular football player, tried to ask her out and was rebuffed since, she said, she couldn't date outside of her faith.

I remember being bothered by it at the time because it seemed like such an arbitrary rule to me, and besides, I thought she was kinda cute, too. She never wore any of the religious garb associated with Islam, like the hijab or the burqa.

In fact, coming from Eastern Europe, Sanela didn't really "look" like a Muslim at all, in that she had pale white skin and reddish-brown hair, and typically wore blue jeans and tennis shoes.

Regardless, Sanela was a year ahead of me, and we never shared any classes after that biology course, and life, as they say, continued on.

It's been strange and disheartening to me seeing what's happened to popular American attitudes toward Muslims in the 12 years since I shared a classroom with Sanela. It seemed like, for a while, right after the Sept. 11, 2001, attacks, we collectively understood that the people responsible for the attacks were extremists, a small group of warped fanatics who had taken their religious fervor and turned it into a tool of destruction.

For a while there, it seemed like Americans were able to see the attacks for what they were, and the president's words at the time echoed that sentiment. Speaking at the Islamic Center in Washington on Sept. 18, 2001, just one week after the attacks, George W. Bush said that "the face of terror is not the true face of Islam," that "Islam is peace," and that the Muslim leaders he had met with "love America just as much as I do."

But now, less than a decade later, a church in Florida is preparing to mark the tragedy's anniversary by holding a mass burning of the Quran, even as thousands have rallied in New York City to protest the construction of an Islamic community center two blocks away from the site where the Twin Towers once stood.

Last month alone, a New York cab driver was stabbed in the throat by a passenger after confirming that he was a Muslim, and the construction site of a mosque in Murfreesboro, Tenn., was burnt to the ground in what federal investigators are calling an apparent act of arson.

At the same time, some political opponents of President Obama have sought to recast him as a Muslim, too, and according to a Pew Research poll released last month, the effort is working, with nearly 1 in 5 Americans now believing the myth.

And go figure, that belief just happens to be the strongest among those who disapprove of the president's job performance (67 percent versus 26 percent for those who approve).

Now, I've never been fond of religious extremism or zealotry of any stripe, be it Muslim, Christian, Hindu, Shinto, Voodoo, Pagan or Zoroastrian. And I'd be the first to denounce the hardline insanity that led to the Sept. 11 attacks, and the repression of civil rights that continues daily for millions of people living in theocracies across the Middle East. But for every fanatic willing to strap a bomb to himself and blow up a city block, there are thousands more who just want to live their day-to-day lives in peace, without the fear of being persecuted.

You'd think the one place people could turn to to get away from religious persecution is the country that was founded for that very purpose.

I can't help but wonder, why now? Why in 2010 are we suddenly lashing out at Muslims, who make up less than 1 percent of the U.S. population? Are we really that worried that we're going to wake up one day and find our country under Sharia Law? Do we really think that burning books and intimidating a religious minority through violence and arson really reflects our values as Americans?

Last month, Newt Gingrich argued that New York should ban the lower Manhattan mosque, "so long as there are no churches or synagogues in Saudi Arabia." But I think that misses the point.

Beyond the Mainstream Media: June 12, 2016 - Fifty Killed by Home-Grown Jihadist And Obama's Shameful Refugee Policy
Letter: No need to be afraid of Islam
Bosnian immigrant recalls war, adjusts to new life in Kingman
Meeting a Muslim in Kingman: 'Carry Peace in the Heart'
Gosar shouted down at right-wing groups’ event on social media access