In Memory Of: Leslie Rieck 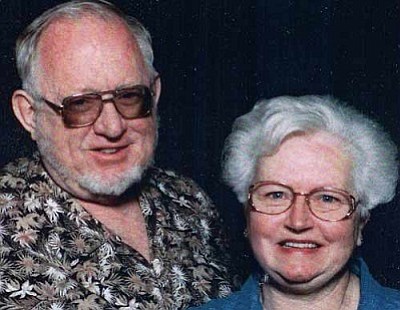 Leslie Francis Rieck, 67, passed away Friday, April 8, 2011, at Kingman Regional Medical Center. He was born May 6, 1943, to LaVerne and Frances Rieck in Davenport, Iowa. After graduating from West Davenport High School, he enlisted in the United States Marine Corps. He proudly served from 1962 until 1968. While in the USMC he was awarded two Purple Hearts, two Good Conduct Medals, a National Defense Service Medal, and several pistol and rifle badges.

He married the love of his life, Grace Irene Quick, had a family, and settled in Kingman in 1976. Leslie worked at the Duvall mine until its closing in the mid-1980s. After the closing of the mine, Leslie went into the trucking industry, working for a couple of different companies. He eventually went to work for True Value/True Serve, and retired from there in 2008.

Leslie spent his short retirement enjoying his Harley-Davidson; he enjoyed going to Harley events, and meeting and talking to people. He always had a story to tell. He also enjoyed playing poker, but most of all he enjoyed spending time with and spoiling his grandchildren.

He is survived, and will be deeply missed, by his daughter and son-in-law, Anji and Mark GioVanardi and his grandchildren, JoBeth, Bailey, Jake and Savannah GioVanardi and great-grandson, Nolan, all of Kingman; and daughter, Marsue Kelley and grandson, Kaiden Morrison-Kelley of Glendale. Leslie is also survived by brothers, Rick Rieck, Bob Rieck and Ron Rieck, all of Davenport; and sister, Anna Lovdahl of Monmouth, Ill.; also many nieces and nephews in Arizona, California, Iowa, Illinois and Oregon.

He was preceded in death and welcomed into heaven by his loving wife, Grace; great-grandson, Nico GioVanardi; parents, LaVerne and Frances Rieck; brothers, Lee and LeRoy Rieck; and many other family and friends.

Leslie will be cremated and his ashes, along with the ashes of his wife Grace, will be laid to rest at the Rock Island National Cemetery in Rock Island, Ill., where a service will be held in the future. Arrangements are being made with Lietz-Fraze Funeral Home, Kingman.