In Memory Of: Charles Ray Rooks 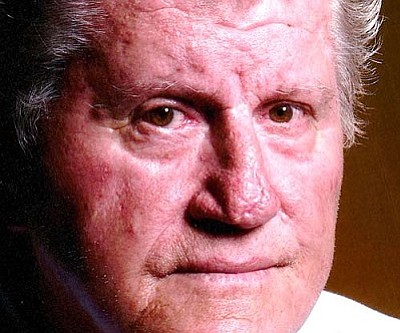 His father moved him to the Ash Fork/Drake area in Arizona at the age of 8, where he was raised, and worked the rock quarries in Drake as a young man.

Chuck was a great 'Jack-of-all-trades,' he worked in several mines in Arizona and others out of state. He worked in the construction field and was a truck driver as well. He moved his family to Phoenix in 1972 and resided there until 2002 when he retired and moved to Kingman.

He is survived by his loving wife of 54 years, Petra Rooks; two sons, Carlos (Lori) Rooks of Kingman, and Paul (Karen) Rooks of Peoria, Ariz.; six grandchildren, Cecilia Rooks and Katherine (Edward) Ortiz of Phoenix, Jared, Jordan and Jenna Rooks all of Peoria, and Carlos Rooks of Kingman; a sister, Bonnie McBride of Joplin, and several nieces and nephews.

Chuck became a God-fearing man and lived his faith through his service in the Lord. His tenderhearted spirit of genuine love, compassion, charity and hospitality defined Our Beloved Chuck. All those who were blessed to pass his way couldn't help but love him. He was a gentle giant and will be missed by all. We thank God for His glorious gift of life in him.

His church service will be held at 6 p.m. Thursday, Aug. 4, at Canyon Community Church, 3270 Harvard St., Kingman, with interment at Veterans National Memorial Cemetery of Arizona, in Phoenix at a later date.