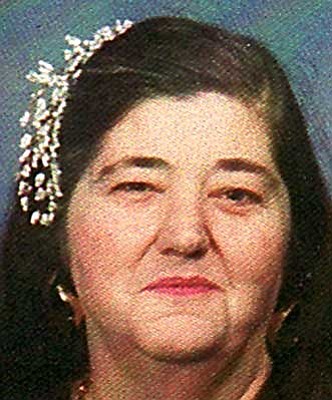 Gloria was a beautiful kind, intelligent, gentle and loving woman who left this world Thursday, Nov. 10, 2011, for a better place with no pain or suffering to be with her father, Ronald; mother, Annie; and brother, John. She was born Nov. 4, 1939, in Antioch, Calif., and lived in Pittsburg, Calif., most of her life.

May you rest in peace, Gloria.

In lieu of flowers, donations can be made in her memory to the Diabetes Association.