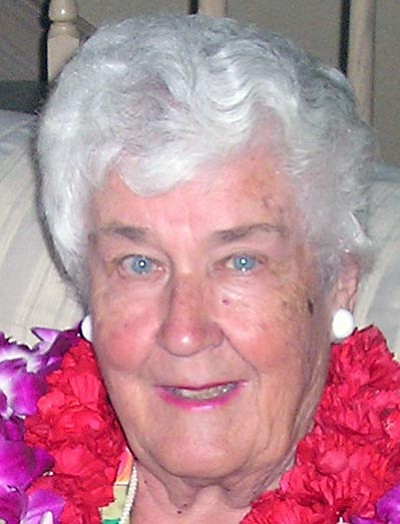 The funeral mass is scheduled for 10 a.m. Friday, March 4, 2011, at St. Mary's Catholic Church in Kingman. A rosary will be conducted prior to the service. Burial will be at a later date and she will be laid to rest with her late husband Kenneth at the Southern Nevada Veterans Memorial Cemetery, 1900 Buchanan Blvd., Boulder City, NV 89005.