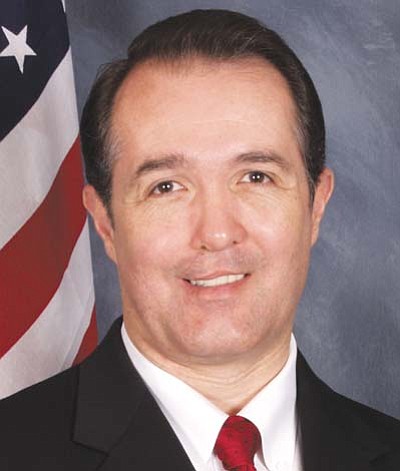 WASHINGTON, D.C. - U.S. Rep. Trent Franks, R-Ariz.) introduced a bill in the U.S. House of Representatives Friday to protect the U.S. power system from electromagnetic attack. The bill has been assigned to the House Energy and Commerce and House Budget committees.

The bill would amend the Federal Power Act to protect the nation's electrical grid from a natural or manmade electromagnetic pulse attack. According to the bill, approximately 300 million Americans could find themselves in the dark if the system was attacked by an EMP. A simultaneous attack on various parts of the system could cause it to collapse completely.

The system could also be disrupted by a geomagnetic storm hitting the earth's electromagnetic field, according to a report from the Commission to Assess the Threat to the U.S. from an EMP Attack.

According to the National Aeronautics and Space Administration website, geomagnetic storms are caused by solar flares or events that send charged particles at the Earth and disrupt the planet's magnetic field and cause auroras. They can also disrupt communication satellites, GPS satellites, and if strong enough, disrupt the power grid.

NASA has several satellites that monitor the activity of the sun and can warn the planet of coming solar events. NASA scientists have predicted that the sun is in a strong activity period that will probably last until 2013, but they cannot predict how many or how severe the geomagnetic storms created by the activity will be. However, it takes several days for the particles from a geomagnetic storm to reach the earth, giving communications and power companies time to prepare.

According to NASA, most electrical companies disconnect transformers or lower voltage at power stations during a severe geomagnetic storm to avoid damage to the system. This sometimes causes temporary power blackouts for customers.

According to NASA's website, there have been only two major geomagnetic storms that had a major impact on the power grid, one in March 1989 that knocked out power to Quebec, Canada for nine hours and one in 1921.

According to the report, the U.S. electrical grid is ill-equipped to handle an EMP attack or a massive geomagnetic storm, and recovery would be difficult.

Franks' bill would create a committee to respond to a threat to the system. According to the bill, the committee could require power companies to submit a plan to protect their systems from EMP attacks. It would also study the threat of a geomagnetic storm and ways of mitigating the risks to the system. It would also require owners of large electrical transformers to make them available after an attack or storm to help restore the system.

The bill would also limit the number of sites that could be vulnerable to such an attack to 100. It would also prevent sharing information about how vulnerable the system was to attack with the public.