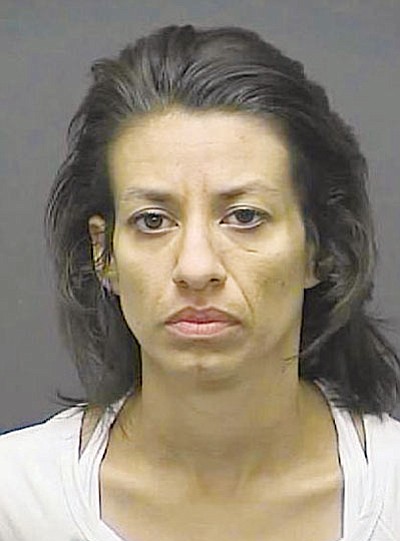 KINGMAN - A Mesa woman caught trying to smuggle more than two ounces of heroin into the Arizona State Prison in Golden Valley faces up to four years in prison when sentenced next month.

Christina Marie Cisneros, 33, of Mesa was arrested April 16 after a K-9 checking visitors alerted to the woman's purse, according to the Sheriff's Office. One balloon containing heroin was found in her sock. More than a dozen other balloons of heroin and more than an ounce of marijuana were found after a body cavity search.

Cisneros was reportedly bringing the drugs into the prison for her boyfriend.

Under the plea agreement, Judge Steven Conn has a wide-range of sentencing discretion. He can sentence Cisneros to as little as probation or up to four years in prison. She will be formally sentenced July 25.