Depierro sentenced to 7 years for manslaughter of transgender woman 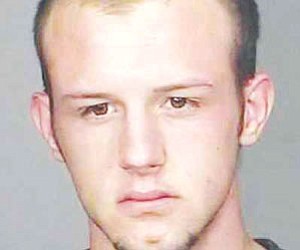 KINGMAN - A 20-year-old Kingman man was sentenced to seven years in prison Tuesday for the manslaughter of a transgender woman in a case Mohave Superior Court Judge Derek Carlisle likened to the movie "The Crying Game."

But Eric Depierro's attorney, Shawn Hamp, denied that his client had any sort of sexual encounter with the victim but was instead defending himself against an assault by a man high on methamphetamine when he stabbed and killed 54-year-old Mario Francisco Izquierdo-Diaz last October.

He acknowledged that Depierro met the victim for drugs but said it was only after Depierro refused Izquierdo-Diaz's sexual advances that the meeting escalated into violence.

Izquierdo-Diaz died from four stab wounds to his neck and upper chest. He had been living under the name "Maria" at the time of his death and was wearing a woman's negligee when his body was discovered.

Depierro's family said he came to them within hours of the incident. They retained his attorney before charges were filed. When the Mohave County Sheriff's Office issued a murder warrant for Depierro's arrest, Hamp said he made arrangements for deputies to meet with his client at his office for questioning and to turn himself in.

But before they could make it to the office, deputies spotted Depierro in Hamp's car outside of Depierro's family's home and arrested him. That prevented his client from making a full statement about the case, Hamp said.

Hamp said autopsy results showed Izquierdo-Diaz had 950 nanograms of meth per milliliter of blood in his system at the time of this death. Violent behavior has been reported in subjects with levels of between 200 to 600 ng ml, according to the National Meth Center.

Izquierdo-Diaz was set to return to jail the morning of his death on a probation violation for an original charge of shoplifting. Prosecutor Ken Skousen theorized that the "drugs-for-sex" trade was expected to be his last chance at such an encounter before his imprisonment.

Prosecutor Ken Skousen conceded that Izquierdo-Diaz did not have "clean hands," but said that is why a grand jury rejected a murder charge and indicted Depierro for manslaughter.

Depierro's seven-year prison sentence was stipulated in a plea agreement with prosecutors. His family said he accepted the deal rather than go to trial and face a possible 22 years.

Depierro did not offer any statements at Tuesday's hearing, but his mother spoke briefly to say her son had the support of his family. Also at the hearing was Depierro's fiancé and the mother of his son, who is due to give birth to a second boy as soon as this week.