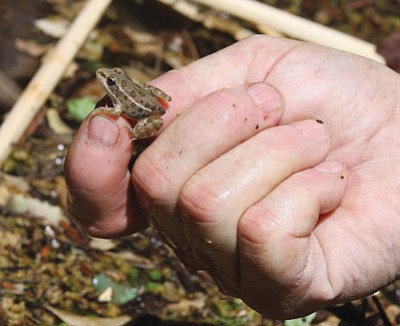 A recent photograph in the Miner brought back memories of my very short visit to Korea. Consider the following:

After undergoing "cold weather training" in the Bridgeport, Calif., area, I was ordered to join the 7th Replacement Draft for further duty in Korea.

After boarding the USS Breckenridge in San Francisco, we pulled into Kobe, Japan, for a very short visit. A few days later we debarked at Pusan, Korea, FFT (for further transfer) to join the 5th Marine Regiment near the 38th parallel.

I was assigned to be the squad leader of the 1st Squad, Third Platoon, George Company, 3rd Battalion, 5th Regiment, 1st Marine Division.

Two weeks after my arrival on April 1, 1951, we (our rifle company) "jumped off" heading north to kill or wound many North Korean and Chinese in order to "take the high ground." We were constantly reminded to stay off the skyline, not bunch up and spend the night on high ground.

I enlisted in the Marine Corps on Oct. 6, 1942, and served 18 months in the South Pacific during World War II. After being discharged on Oct. 10, 1945, I enrolled at a local college in my hometown of Abilene, Texas.

I was a corporal when I was discharged, but I waited too long before re-enlisting and went back into the Corps on Feb. 16, 1946, as a private.

Now, about the frog that was shown on the front page of the Miner. During the night, our rifle company climbed a very high and steep mountain to reach the high ground before daylight. On the way up, we could hear the sound of running water.

After we reached the top of the mountain, we all began setting up a hasty defense about 20 yards on the frontal slope. After digging in, our platoon leader ordered me and four members of my squad to go back down the reverse slope of the mountain and fill up as many canteens as we could carry.

The spring was located about halfway up the mountain and began dripping into a pool of water about 10-feet wide and 5-feet long before it ran down the mountain.

As we approached the spring, I noticed about five frogs jumping into the water. Frogs were the last thing on my mind. These frogs looked very much like the one shown in the Miner photo.

It took a long time for me to tell the story of the frogs, but I am very confident these were leopard frogs!