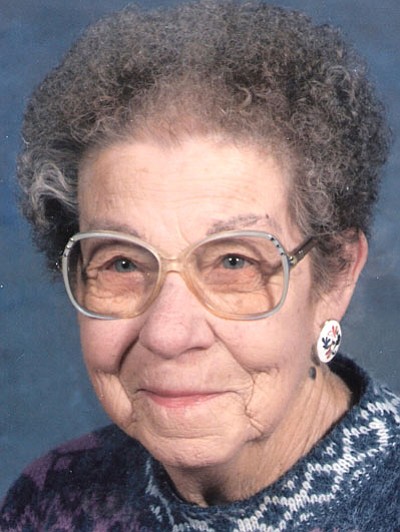 On Thursday, June 2, 2011, Cora M. Wright "Den-Den" (formerly of Kingman, recently of Joseph City, Ariz.) left this world to join our Lord Jesus Christ. She was born April 6, 1921, and enjoyed this earth for 90 years. She was preceded in death in 1992 by her husband, Noval D. Wright Sr. She and her husband were members of the Greatest Generation, having lived through the Great Depression and WWII.

She was a loving mother, grandmother and great-grandmother and will be missed. She now rests in the kingdom of heaven watching over all of us as she has always done.