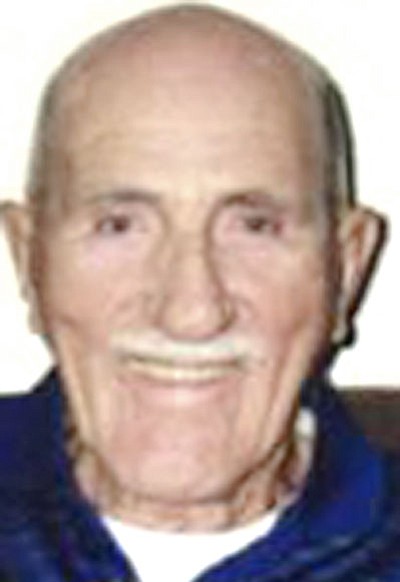 No services are planned. Hull and Hull Funeral Directors are in charge of arrangements.

He was a sergeant serving in the United States Army during World War II. He served under General Patton, General Bradley and General Montgomery in the European Theater. His Army unit arrived on Normandy Beach on "D-6."

He attended Pasadena College and studied Materials Engineering. From 1946 to 1948 he worked as a construction worker and delivery driver in California; 1948 to 1951 he worked as a logger, and owned and operated an Army Surplus Store in Cave Junction, Ore.; 1951 to 1953 he worked as an engineer at a manufacturing plant in Bridgeport, Conn.; 1954 to 1964 he worked as a rocket testing engineer at Rocketdyne in Simi Valley, Calif.; 1964 to 1982 he was a materials engineer and quality control representative of Ebasco Services, headquartered in New York, N.Y., in the Twin Towers. He traveled internationally for Ebasco.