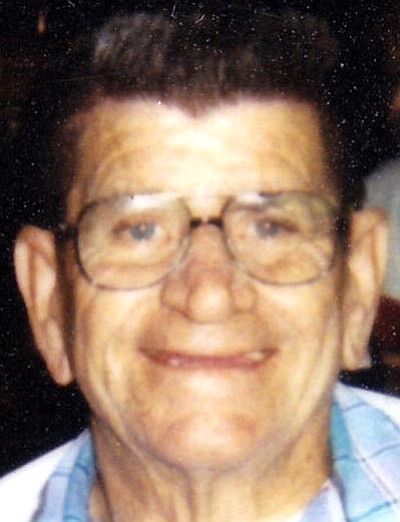 Kenneth Richard Robertson, 78, of Golden Valley died of cancer in Kingman on Sunday, March 6, 2011. No service is planned.

He was born in Arkoma, Okla., on April 18, 1932, on his mother's birthday. His parents were Orville and Sadie Sue (Johnson) Robertson. His family moved from Oklahoma in 1941 to Southern California where he lived until his retirement. He married Nettie Green; they had four sons; she died previously. He married Nancy Collette in 1992.

He enlisted in the Navy in 1950 and served four years on the USS Rowan in the Pacific. He received several service medals. He was very active in kids' baseball in the Long Beach, Calif., area with his sons. He worked as a truck driver for PPG for 42 years. He received numerous safe-driving awards. He enjoyed hunting, fishing and playing golf. He loved to take family members on Sunday drives.

Survivors include his wife, Nancy; and his sons, Kenneth, Dale and John of Long Beach; Robert (Holly) of Riverside, Calif.; his brothers, Bill of Casper, Wyo., Glenn of Cottage Grove, Ore.; his sisters, Nola Nash of Sheldon, Wash., Robbie Briggs of Springfield, Ore., and Carolyn Polly of Aloha, Ore.; and nine grandchildren and two great-grandchildren.

Remembrances may be made to the American Cancer Society.