In Memory Of: Marjorie Ona Querta 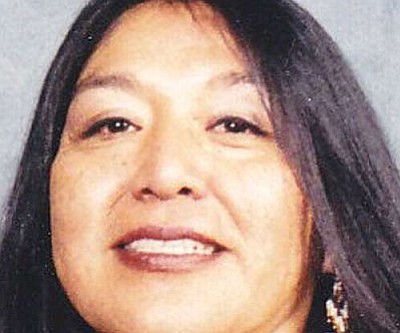 Ona most recently worked as a community health representative for the Hualapai Tribe in Peach Springs.

She was preceded in death by her parents, Wallace and Marjorie; grandparents, Frosty and Annie Susanyatame Querta; daughter, Lil Fawn Watahomigie; and brothers, Warren Querta and Wallace Querta Jr.

Funeral services will be held in Peach Springs on Friday, May 20, from 6 to 8 p.m. at the multi-purpose building followed by the traditional wake service from 8 p.m. Friday until 6 a.m. Saturday. Burial will follow the conclusion of the wake at Limestone Cemetery in Peach Springs.

In accordance to Ona's wishes, no photos or recordings are to be taken.