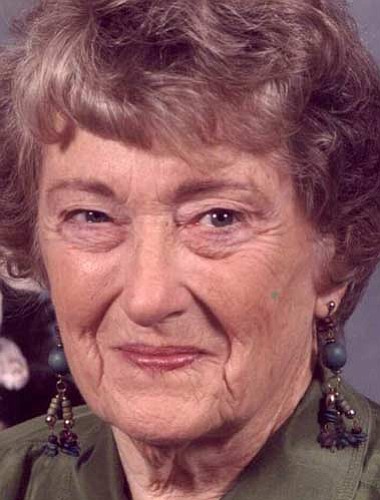 Right out of high school, in 1942, June served in the U.S. Coast Guard in Washington, D.C. When she was eligible on her 20th birthday, she joined the U.S. Army and served her country in the Army Air Corps from 1944 to 1946. Following WWII she was a wife, mother, seamstress and servant of God, community and country. She married her husband, Bernard E. Pitney, on June 12, 1946, in Findlay, and together they had four children.

June loved the western landscape and came to Arizona in 1973, settling in Kingman in 1977, where she was a member of St. Johns United Methodist Church. After her move to Kingman she managed her own Circle K downtown and later opened June's Sewing Center. In 1987, she decided to take to the road and sold fabric to small businesses and manufacturers in Arizona, New Mexico, Nevada and California. When she retired, June served on the board of WACOG, volunteered at the Kingman Resource Center and helped children with reading at the Kingman Academy of Learning. At St. Johns, she served as communion steward as well as serving on the worship committees. June volunteered in the food bank, designed and made banners for the sanctuary and was in charge of altar flowers.

She will be remembered for a heart as "big as a house" and known by all for her great faith and love of God and neighbors.

Services will be held at 2 p.m. Sunday, Nov. 6, at St. Johns United Methodist Church, 1730 Kino Ave., Kingman. Interment will be at Southern Nevada Veterans Cemetery in Boulder City, Nev., with full military honors presented. Contributions can be made in June's name to the Youth Corps at St. Johns or Hospice of Havasu. Condolences can be sent to the family at www.lakehavasumortuary.com. Arrangements are under the care of Lake Havasu Mortuary and Crematory.