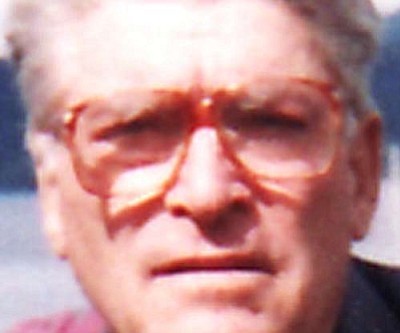 Jack graduated from high school, worked in maintenance and studied air conditioning at an Arizona college. He was in the U.S. Navy in the Seabees between 1949 and 1953, serving in Guam and Korea. He received a Good Conduct medal. He met his wife, Lillian, when they both worked at a nursing home in Oxnard, Calif.

Jack was very active at Cornerstone Baptist Church in Kingman. At his previous church he was an usher, helped count money, did maintenance and did visitation, among other activities. He and his wife led a Bible study at Cerbat Guest Home. He liked to spend time reading his Bible with his wife and his dogs, and watching TV.

Jack is survived by his wife of 20 years, Lillian of Kingman; two daughters, Noel Kelsch of Moorpark, Calif., and Vickie Vester of Ventura, Calif.; one son, Jack Brandon Jr. of Ventura; eight grandchildren and six great-grandchildren. He was preceded in death by his daughter, Linda Brandon.