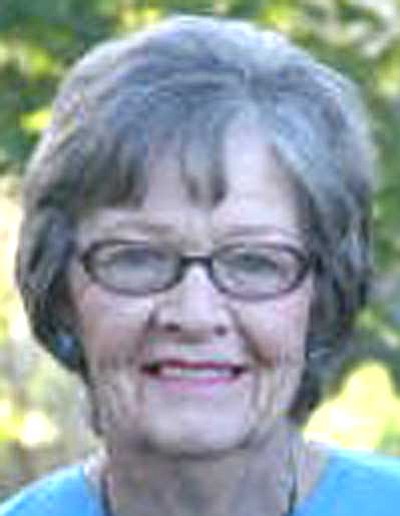 A celebration of life service for Mary Marie (Joines) Simmons, former resident of Kingman, is being held at 11 a.m., Saturday, Oct. 8, 2011, at the Irvine United Congregational Church in Irvine, Calif., with United Centers for Spiritual Living practitioner, Pauline Tedford, officiating.

Mary was cremated in Orange, Calif., under the direction of the Portal of Peace Cremation Services.

Mary passed away peacefully and gracefully on Monday, Sept. 5, 2011, at the age of 88 in Costa Mesa, Calif., after a long illness.

Mary was born Aug. 20, 1923, in Quinlan, Texas, to William Edward Joines and Daisy Leona Wilson. She was raised in Quinlan and attended grade school and high school. In 1940, she married Lester Reeves. Mary and Lester moved to Dallas had one child, Robert Allen Reeves. They were divorced in 1946.

In Dallas she met and married Walter Eugene Simmons on Aug. 29, 1946. Walter and Mary relocated to Pomona, Calif., in 1953. While in Pomona, Mary worked as a telephone operator for a television repair shop for a short time. In 1959, Walter and Mary moved to Eagle Mountain, Calif. Mary and Walter adopted David Simmons in 1960. Mary and Walter relocated to Kingman in 1982 upon his retirement. In 2000, after Walter's death, Mary relocated to California and lived with her granddaughter Bobbi (Reeves) Becker.

Mary was preceded in death by her husband, Walter, her mother, father and her sister Pearle Lee Joines.