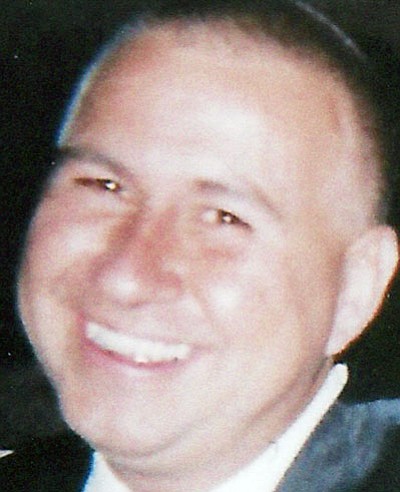 John Joseph Bathauer passed away peacefully at home, surrounded by family on March 30, 2012, after a courageous battle with cancer (FC). He was born July 10, 1965, in Chicago to Edward and Mary Bathauer.

He graduated from Kingman High School in 1984. He was most recently the shipping supervisor at Cascades Tissue Inc.

John was respected at work and in the community. John was an avid sports enthusiast and was involved in many activities. One of his passions was Kingman Little League, where he not only served as league president, but he was also a board member and a manager. He loved helping out the kids.

He was preceded in death by his father, Edward Bathauer. He is survived by his wife, Anne; his mother, Mary; his children, Jennifer (Danny), Joshua (Lichele), Jessica, Alexis, Michael and Matthew. He has three granddaughters, Abbie, Rylee and Payton; and one grandson, Colten. He has one brother, Eddie (Lynn); and six sisters, Cheryl (Joey), Mary (Tom), Terri (Smitty), Fran, Julie and Liz (Tim). He also is survived by numerous aunts, uncles, cousins, nieces and nephews.

In lieu of flowers, donations can be made to our Relay for Life team, Fam Damily No. 2, which was the team John was going to walk on - www.relayforlife.org.