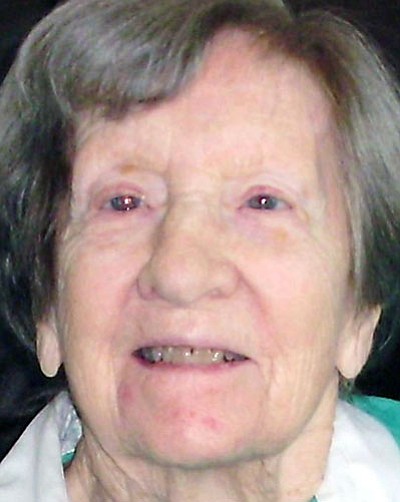 Midge and her late husband, Harry C. Miller, were well known in Ellwood City. Long-time members of Christ Presbyterian Church, they owned Miller's Dairy Store on North Street and later, Miller's Gift Shop on Lawrence Avenue. Following the closing of the gift shop, Midge worked at Herge's Radio and Electric Shop for seven years, and then managed the Garvin Agency on Fifth Street for three years before retiring. Midge and Harry were great travelers, having driven to California and back 18 times to visit Jo Ann. A highlight on one of their trips was when they were honored as "Welcome Travelers" in Tucson, Arizona's annual rodeo days. They were also avid golfers and former long-time members of Connoquenessing Country Club. Folks enjoyed singing around the piano as Mom played songs by ear.

In addition to her daughter and son-in-law, Midge is survived by her granddaughter, Tammy Jo Cubbedge of Milwaukie, Ore.; her grandson, Jon Gordon, of West Mifflin, Pa.; one great-granddaughter and three great-grandsons, Ashlee Smith, Corey Smith, Justin Olson, and Tylor Olson, all of Oregon, and a great-grandson, Patrick Gordon, of Columbiana, Ohio. In addition to her husband and parents, Midge was preceded in death by a twin sister, Margaret (Peg) Jones; older sisters, Devona (Dee) Ketterer, and Helen Ewing; and younger brother, John "Jack" Liebendorfer.

Arrangements were made locally by Sutton Memorial Funeral Home and by Marshall's Funeral Home in Ellwood City. Burial will be at Locust Grove Cemetery, Ellwood City. At Midge's request, there will be no visiting hours or formal service. Memorial donations may be made in Midge's name to Christ Presbyterian Church, 325 Spring Ave., Ellwood City, PA 16117.