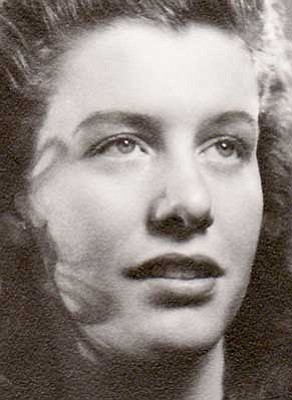 Beverly attended public schools in Riverside and worked as a secretary at March Air Force Base during World War II. She also worked as an accountant and in sales at Harris' in women's sales until retirement in 1992. She was a member of Emmanuel Lutheran Church in Riverside until moving to Kingman to be close to family. She enjoyed many hobbies such as painting, gardening, sewing and spending time with grandchildren.

She is survived by her daughter, Lynn Godfrey and husband Neil of Kingman; a son, John Kolkmeyer and wife Sharon of Springfield, Mo.; three loving grandchildren, Joshua Junker of Newport Beach, Calif., Monique Cunnius of Kingman; and Mindy Terlesky and husband Steven Jr. of Kingman. She is also survived by several cousins and numerous loving friends. Beverly was the middle child of three and was preceded in death by her parents; two brothers; and numerous aunts, uncles and cousins.

A service will be held at 10 a.m. Monday, April 9, at Sutton Memorial Funeral Home, 1701 Sycamore Ave., to celebrate the life of Beverly. All are welcome to attend the services.