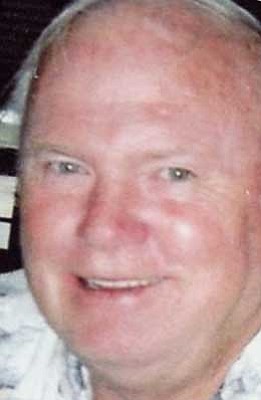 Robert Chicoine, beloved son, brother, husband, father, grandfather and friend, passed away from this life on Friday, April 13, 2012, at his home in Kingman after a very short battle of lung cancer. Robert was born Aug. 20, 1941, in Hyannis, Mass.

He joined the Air Force in 1959 and was honorably discharged due to medical reasons. He worked with his father in large commercial construction in Machias, Maine. He was working in the Lewiston/Auborn Maine area at an auto body shop when he met the love of his life, Constance "Connie" Gauthier, and after a short courtship of three months, they were married Feb. 2, 1963. Since that time, he was successful at owning several business in both Maine and in Kingman. In Maine he owned a slot car racing store, a Sunoco and a Gulf service station, Foreign Auto Village, fixing and selling foreign cars - the Volkswagen was his favorite - and then he went into construction, building homes before moving his family to Kingman in 1977.

He went to work as the Service Manager for Rucker Motors as well as spending many nights and weekends building several homes on Chicago and Detroit Avenues here in Kingman. In 1982, he purchased the Montgomery Wards catalog store. He relocated the business to Airway Avenue where he built a new building so it would be more centrally located. He went to work for and retired from Great West Diesel in Kingman and in between that time he became a partner in opening the Great West Diesel in Needles, Calif.

Robert is survived by his wife of 49 years, Connie; their three daughters, Ann Zito, Lisa (Dale) Campbell and Penny Mandeville, all of Kingman; five grandchildren, Ashley, Dallas, Broderick and Shelby Campbell, and Brooke Curwick, all of Kingman; his sister, Carol (Bill) Whiting; and several nieces and nephews. He was preceded in death by his mother, Majel; father, Hector Chicoine; brother, Frederick; and sister, Linda Mayes. He also leaves behind many good friends and acquaintances and will be missed by all who knew him. Robert will forever be remembered as a caring man, who would help anyone if he could, his great personality and sense of humor. He was a hard worker, a good provider for his family and loved to play golf.

Abiding by his wishes, there will be no service; however, in lieu of flowers, please make any donations in memory of Robert Chicoine to KRMC Hospice, 812 Airway Ave., Kingman, AZ 86409.

Broken Chain: "We little knew that morning, that God was going to call your name. In life we loved you dearly, in death, we do the same. It broke our hearts to lose you. You did not go alone. For part of us went with you, the day God called you home. You left us peaceful memories, your love is still our guide, and though we cannot see you, you are always by our side. Our family chain is broken, and nothing seems the same, but as God call us one by one, the chain will link again."