Bacteria found in water samples in March
Customers notified in April; City says contamination is not an issue 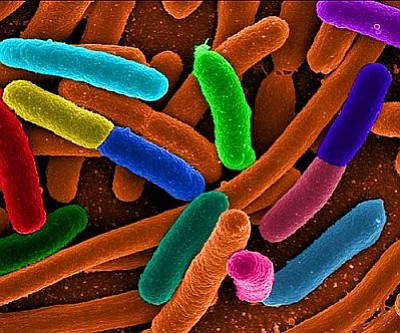 According to the notice, the situation was not an emergency. That's why customers were notified throughout April and not all at once.

City Water Superintendent George Sedich said that had it been an emergency, the city would have notified the community via radio, newspaper and mail.

The city takes 50 water samples a month from different distribution points and over a period of a couple weeks, Sedich said. When a given week is extra windy and dusty, the city generally schedules tests for the following week. Dirt and dust contain a lot of impurities, Sedich said, and can lead to total coliforms getting into the water system.

According to the Environmental Protection Agency, total coliforms are a group of closely related, mostly harmless bacteria that live in soil and water as well as in the gut of animals. The extent to which total coliforms are present in source water can indicate the general quality of the water, and the likelihood that the water is contaminated.

According to the notification water customers received, the city performed "extensive flushing and re-chlorination of the distribution system." Sample results taken after that came up negative for total coliforms.

Sedich suspects the bacteria entered the system during a period where maintenance was conducted downtown. He admits that it's an assumption, but added that he thinks the lines were not flushed adequately after the work was done.

Sedich has been the city's water superintendent for six years. He said it's the first time something like this has happened on his watch.

Although total coliforms are - for the most part - harmless, it is their presence in water that points to the possibility of other, more harmful, forms of bacteria being present. But that was not the case here, Sedich said.