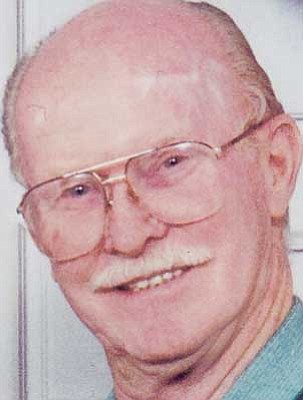 Burt proudly served in the U.S. Navy for eight years during the Korean War. Burt's passion for the game of golf led him to work as a golf pro, and upon moving to Mohave County he remained actively employed in the Walmart deli and as a greeter.