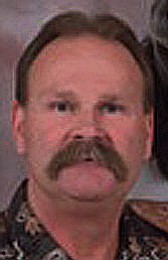 Pennington was northbound on Stockton Hill Road around 1:15 p.m. when police said he collided with an SUV trying to make a turn.

Kingman Police Capt. Rusty Cooper said a southbound SUV driven by an 83-year-old woman drove into Pennington's path as she attempted to make a left hand turn into the shopping center. He was pronounced dead at the hospital. He was not wearing a helmet, according to police.

Cooper said the woman is believed to have been at fault in the accident and that charges were pending as of Monday afternoon. She was not injured.