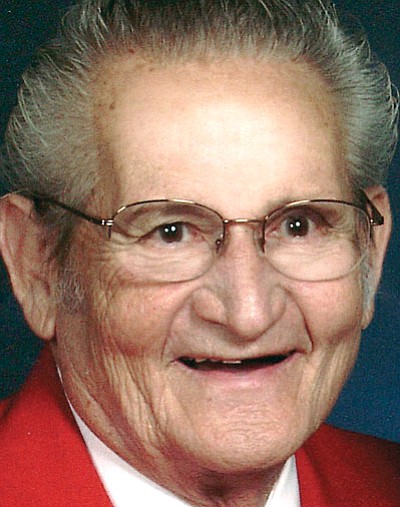 Fred E. LeRoy Jr. lost his battle with cancer at The Gardens Rehab and Care Center in Kingman on Friday, Feb. 3, 2012. He was 81 years old. Fred was born in San Diego on Aug. 28, 1930. He was preceded in death by his father, Fred E. LeRoy Sr.; his mother, Emma Ferry; and his sister, Agnas Kratz, all of San Diego.

He served in the U.S. Navy from 1948 to 1952 where he was a cook. Fred lived most of his life in San Diego County. He was married to Dolores Robertson for 14 years, and then later to Marie Desero for 39 years. Fred owned and operated "Fred's Swim Pool Service." In 1988, he moved to Kingman with his wife Marie to retire.

Needing to keep busy, Fred went back to work. He spent several years with the school district, again as a cook. Fred had a wonderful personality and he always had a smile for you. He was a member of Grace Lutheran Church.

Fred is survived by his two daughters, Patricia Petersen of Kingman and Lyndell Wood (son-in-law, Rick Wood of Kingman); two stepchildren, Chester Cook of San Diego and Dawn Desero of North Carolina; four grandchildren, Dalton Wood of El Cajon, Calif., Kyndel Wood of Flagstaff, Nicolette Wood of Kingman and Jeff Petersen of La Mesa, Calif.; and one nephew, Mark Kratz of San Diego. He will be missed very much by family and friends.