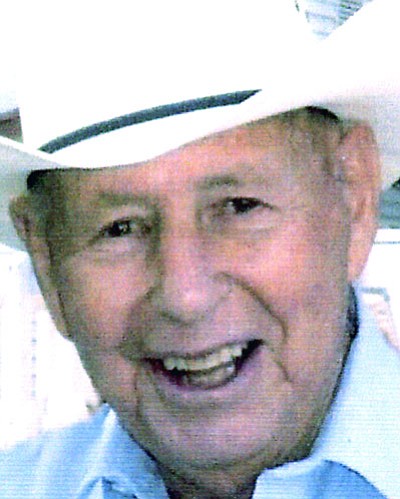 At Sonny's age of nine years, Henry and Leah moved their family to Kingman. Sonny graduated from Mohave County Union High School in 1941. He then served in the Navy during World War II, spending time serving in Guam. Sonny married his first wife, Helyn Alexander in 1940. From this marriage they had five children, daughters, Patty, LaDonna, Kennene and Cherie Jo "Jodie," and son, Dennis. After his discharge from the Navy, Sonny worked several jobs in the area, finally going to work for Ford Proving Grounds in Yucca, from which he retired in 1983.

Sonny rekindled his old high school friendship with Mamie Pemberton while shopping at the local Safeway in 2000. In 2003, Sonny and Mamie were married and spent their time together having coffee with friends, fishing and traveling. Wherever Sonny went he was loved for his infectious smile and good-natured teasing. From this marriage, he gained four stepchildren, Mary Brock, John Pemberton, Jean Pemberton and Margaret Koenen, more grandchildren and great-grandchildren.

He was deeply loved by both his families and always proved to be a great mentor and friend to everyone he met. His kindness and strength will be greatly missed.

Sonny was preceded in death by his first wife, Helyn May; daughters, Kennene May and Cherie Jo Garman; his parents, Henry and Leah May; sister, Josephine Nevins; and brothers, Kenneth and Dale May. He is survived by his wife, Mamie; sister, Frances Bisjak of Prescott; brother, Don (Pauline) May of Clarkdale, Ariz.; sister-in-law, Bobbye (Dale) May of Camp Verde, Ariz.; daughters, Patty Ryden and LaDonna (Bill) Watson of Kingman, Mary Brock of Kingman, Margaret Koenen of Tucson; sons, Dennis May of Phoenix, John Pemberton of Kingman; and many grandchildren, great-grandchildren and great-great-grandchildren, plus numerous nieces and nephews who adored him.

A memorial service will be held at 2 p.m. Friday, at the Kingman Elks Lodge, 900 Gates Ave., Kingman.