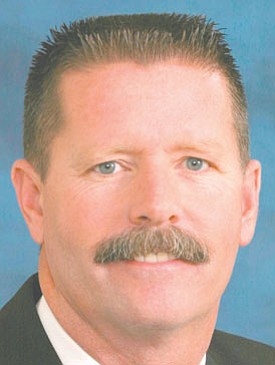 Sen. Ron Gould has pledged not to let a bill supporting the repeal of SB 1070, Arizona's controversial illegal immigration law, leave the Senate Judiciary Committee. Gould is the chairman of the committee.

"I have a special drawer in my desk where bills go that are never going to come back out; that's where that bill is going," Gould said.

Sen. Steve Gallardo, a Democrat from Phoenix, introduced a bill, SB 1218, to the Senate Tuesday that would repeal many of the provisions put into place by SB 1070. The bill was sent to the Senate Judiciary and Rules committees for hearings.

SB 1070 was passed by the legislature and signed into law in April 2010. A federal judge blocked the portion of the law that required law enforcement officer to ask for proof of citizenship or legal immigration status from anyone they suspected of being in the country illegally while the officer was investigating a traffic offense or crime.

At the same time, the judge allowed several other portions of the law to go into effect, such as the prohibition on hiring or soliciting of day labor if doing so stops or slows traffic.

Opponents of SB 1070 say it has contributed to the decline of Arizona's economy through a series of boycotts, damaged the state's reputation and can lead to illegal racial profiling.

Supporters of the law say it is necessary because the federal government hasn't done anything substantial to stop the flow of illegal immigrants over the border.

Gallardo told the Associated Press that he expected the bill wouldn't get a hearing, but wanted to open the topic up for discussion. He's hoping to gather enough support to force a hearing in both committees.