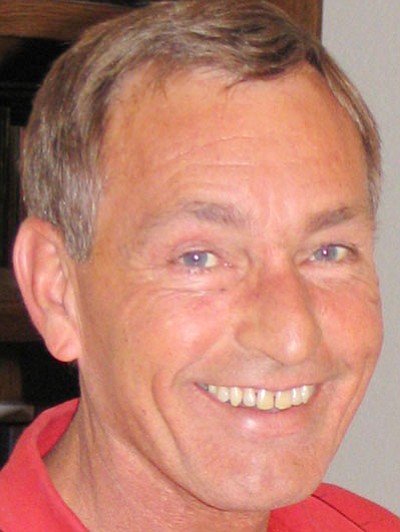 Joe grew up in a family of love, fun, and caring. When Joe was only six, his dad died suddenly of a heart attack, changing the family dynamics tremendously.

Through many changes and moves, Joe did most of his growing up in Yuma. In 1975 Joe married Carol, the sister of his brother Bruce's wife, and the Ott brothers and Gollis sisters were off to a real life adventure.

Joe and Carol moved to Kingman in '77 where Joe saw potential in a small town as a drywaller. He started Ott Drywall in 1980; his brother Bruce joined him in the business and they earned a reputation for a job well-done, honest, fair, and reliable.

Joe expanded his business into real estate development, building homes and custom commercial properties (Central Commercial, UniSource, Starbucks Plaza, North Country Healthcare, the Pregnancy Center and others in Mohave County). When asked what he did, he would shrug his shoulders and simply say, "I guess I'm an entrepreneur/developer?"

He had an uncanny sense of business wisdom, which he was always willing to share with others. He not only saw potential in real estate, but also in people, encouraging them to strive for what they were interested in and good at, and to not be afraid to step out and try something. He was continually listening and investing his time in sharing his knowledge and offering useful advice.

Although Joe was gifted as a generous and skillful businessman, his heart and delight was his family, close and extended. Joe and Carol had three children, Bethany (Brent) Harger, Andrea Ott, and Joshua (Lauren) Ott, along with five grandchildren, Emily, Zachary, Lacey, Derrick, and Max.

The last few months of his life on earth, Joe battled cancer in his style - never give up. His last, most intense days were spent at home and in the Joan and Diana Hospice House where he continued to amaze his family by his wit, charm, smiles, tenderness, and love.

The respect his family had for him was shown in a miraculous way by an outpouring of helping hands and hearts, and round-the-clock caregivers who couldn't give enough.

Joe leaves a legacy of a strongly-bonded, loving family. Words cannot express the closeness of Joe's family during his intensely serious time, as they shared laughter, tears, talks, holding, crying, and loving immensely. He passed on from this earth into the Almighty's arms on Sunday, July 1, 2012.

He was preceded in death by his dear father Claude, oldest brother Wren, and highly valued in-laws, Herb and Marge Gollis.

A memorial service will be held at 2 p.m. Sunday, July 15, at Praise Chapel, 419 Harrison St., with a fellowship after at Manzanita Baptist Church Gym.