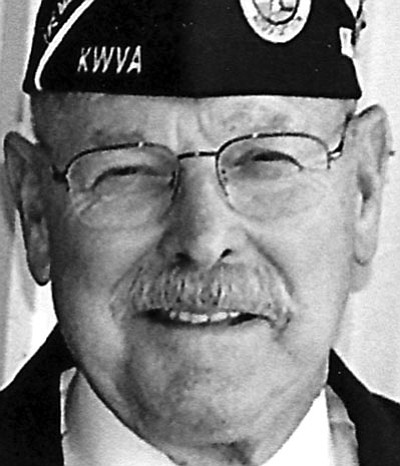 William J. Gilfoil passed away Saturday, June 30, 2012, with family by his side. He had battled a terminal heart condition for several years, amazing his family and friends with his strength and courage. He was born Jan. 24, 1934, in San Diego to the late Cmdr. Howard J. and Susan A. Gilfoil. The eldest to five siblings, he is survived by one brother, David Gilfoil of San Diego.

After graduating from St. Augustine High School in San Diego with an opportunity to attend Villanova University in Ojai, Calif., on a football scholarship, he chose instead to enlist in the Army. After going through Airborne and Ranger training, he headed to Korea with the Rakkasan's 187th Airborne Regimental Combat Team. Upon returning from Korea, he was in the 101st Airborne until his discharge.

Throughout his life he has remained active in veterans affairs. He served several terms as president of the 82nd Airborne Association of San Diego County. He was a lifetime member of the Rakkasan 187 RCT and the Rice Paddy Jumpers out of Los Angeles. He was an active member of both the VFW and American Legion in San Diego. He later transferred to VFW Post 10386 in Kingman.

He is survived by Sharon, his wife and soul mate for 54 years; daughters, Lori Stahl (James) of Madison, Wis., and Kimberly Gilbert (Dennis) of Kingman; four grandsons, Joseph Gilbert of Flagstaff, Jeffrey Gilbert of Kingman, David and Thomas Stahl of Madison; and two great-grandchildren, Davian and Colton of Madison. He was very proud of his daughters, sons-in-law and grandchildren. He always looked forward to the time he spent with them.

He was a Scout Master in San Diego and graduated several Eagle Scouts, but while his daughters were growing up he coached their softball teams and was a Scout Master of one of the first Co-ed Explorer posts in San Diego. He enjoyed their trips to the High Sierras for their 2-week wilderness training expedition. He would have many visits from several that were in his scouting program as they had great respect for him and his leadership skills.

Bill was a loving husband, father, grandfather and friend, a humble man but a leader of men who always finished what he started. He loved his Rakkasans, so "God rest your soul Rakkasan...sleep in peace...till we meet again; we love you and miss you."

In lieu of flowers, please make your donations to the Joan and Diana Hospice House, 812 Airway Ave., Kingman, AZ 86409.