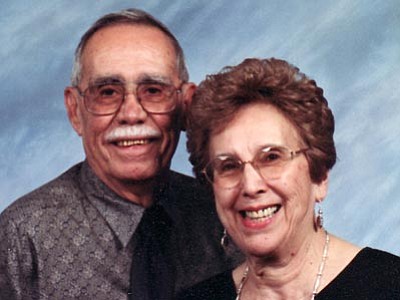 Frank and Lisa Morley were married on June 1, 1947. They were high school sweethearts and have enjoyed a good life. Frank and Lisa moved to Kingman on Dec. 1, 1967, transferred by Duval Corporation. He later remained with Cypress Bagdad. Lisa was employed by Safeway stores for 20 years. They have five children, nine grandchildren and six great-grandchildren. Both are active at St. Mary's Roman Catholic Church. The couple will be celebrating their 65th anniversary at a later date.