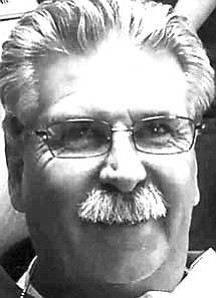 On Monday, June 11, 2012, in the early morning, John Peter Miller passed away peacefully surrounded by his family at the Joan and Diana Hospice House.

He spent the past two years bravely battling esophageal/lung cancer.

He was born Jan. 7, 1954, to John Joseph Miller and Palma Nina Miller in San Diego, Calif.

He worked for the last 23 years in the natural gas industry, most recently UniSource Gas Company. John was well respected at work and had many friends at UniSource Energy Services.

He was very active in the Catholic Church throughout his life. John actively participated in the Boy Scouts of America growing up. He was an avid sports fan. He loved his Arizona Diamondbacks and the Cardinals regardless of the outcome.

He enjoyed community service events including Clothe the Kids and Relay for Life. He was interested in politics and was a member of Organizing for America. Above all, John was a hard working family man.

He was preceded in death by his mother, Palma Nina Miller and his stepmother, Margaret Miller. He is survived by his father, John Joseph Miller; his children, Samantha Miller (Casey) and Mahria Osborn (Dustin); and his twin grandsons (five months) Cooper and Gunner Osborn.

He is also survived by many dear friends and family members, including the mother of his children, Brenda L. Miller; and Sharla Hailey.

John will be sincerely missed by all. He will be remembered for his trademark mustache, his remarkable sense of humor, and the love he had for life and his family.

There will be a memorial service at 1 p.m. Saturday, June 16, at Desert Church of Christ, 2345 Gordon Drive (cross street Lomita), with a celebration of life to follow.