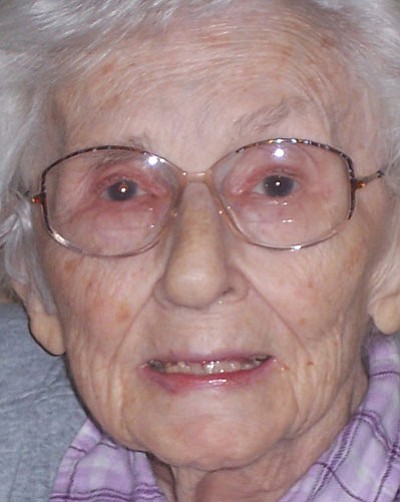 She graduated St. Paul Lutheran Elementary School in 1932 in Mount Prospect, Ill., and went on to graduate from Arlington Heights Township High School, Class of 1936. She married Harry Walsh in 1938.

In 1952, they moved to Phoenix and after one year there they moved once again to Kingman. Harry preceded her in death in 1971.

She was a gifted musician and served as church organist and Sunday school teacher from the mid-'50s to the mid-'60s for both Immanuel Lutheran Church MS as well as Grace Lutheran Church ALC here in Kingman. As the church grew throughout the '70s and '80s, she was able to resign as organist and direct her energies to the Sunday school program at Grace, teaching the second-graders and assisting with the children's choir.

In 1991, she transferred her membership to Good Shepherd Lutheran Church MS and continued assisting with the Sunday school department as the accompanist until her health no longer permitted it.

Her heart was her faith and her family, seeing to it that all eight of her children were baptized and later confirmed in the Lutheran faith as believers in Christ, giving each one of them the foundation on which to establish themselves for eternity.

She loved the Lord and truly served Him all her days. "Charm is deceptive and beauty doesn't last; but a woman that fears the Lord will be greatly praised. Reward her for all she has done. Let her deeds publicly declare her praise" (Proverbs 31:30-31).