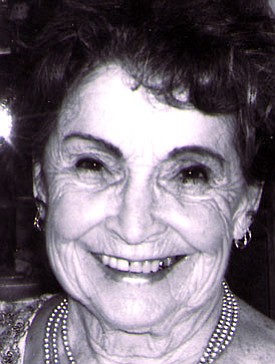 She met a young cowboy, Jack Maberry, who swept her off her feet in 1939 and they were married in Kingman in 1941. During WWII, she was a secretary for the Gunnery School at the Kingman Air Field until her husband, Jack, returned from the South Pacific Theater at the end of the war. They lived in Chloride and raised their family of six daughters.

Joyce was a member of the Chloride School Board, was a fundraiser for the March of Dimes and the American Cancer Society and was Registrar of Voters in Chloride for many years. She was an excellent seamstress and sewed beautiful clothes for her family and friends. The meals she prepared were culinary delights and enjoyed by all who entered her home.

Joyce was a member of Chloride Baptist Church and was the pianist there until an acute stroke forced her into assisted living in August 2011.

Visitation will be from 1 to 2 p.m. Friday, followed by the service at 2 p.m. at College Park Baptist Church, 1990 E. Jagerson Ave.