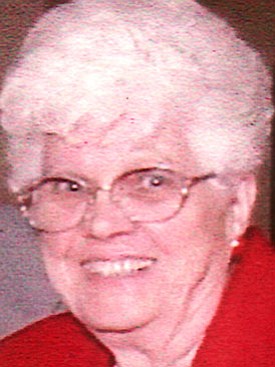 She earned a BA from California State University, Stanislaus, and became a teacher at St. Mary's in Kingman, Chloride School, and at the Havasupai School in the Grand Canyon. She was a member of the Democratic Women's Club of Kingman, the Arizona Association of University Women and the retired teacher's association. She was an accomplished artist, a fabulous cook and an admired gardener. She will be greatly missed by family and friends.

Marcheta is survived by two sons, John (Jeanie) of Fresno, Calif., and Paul (Dili) of Jaharta, Indonesia; one daughter, Susan Janke of Kingman; two grandchildren; two step-grandchildren; and five step-great-grandchildren. She was preceded in death by her husband of 67 years, Allen, and her grandson, Scott Miller.

A memorial service will be held at the San Joaquin Valley National Cemetery, Gustine (in Merced County north of Santa Nella), Calif.