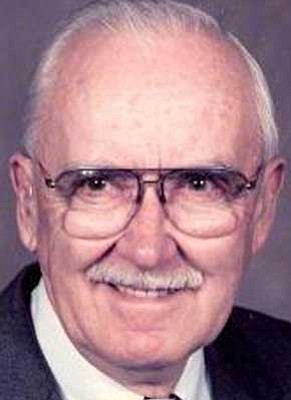 Carroll Perry Aust, age 96, passed away Thursday, March 15, 2012, at his home in Montrose, Colo. Carroll was born March 10, 1916, to Josephine (Skillingstad) and Oscar P. Aust in Greenfield, near Vermillion, S.D. He was raised and worked on the family farm and received his education in Greenfield. While a teenager and after his family lost the farm during the Depression, he moved with his mother, brothers and sisters to Portland, Ore., where his father had found employment. He married Helen May Knapp on Oct. 26, 1940, in Vancouver, Wash. Even after he married and started his own family, he remained a father-figure and advisor to his brothers and sisters.

Carroll served in the United States Navy during WWII. After being honorably discharged in April 1946, he returned to work as a heavy equipment operator and truck driver for Bonneville Power Administration. He spent many years as an electrician before retiring as an Electrician Foreman III. He received many awards for developing work procedures for new equipment and for developing new tools and safety programs.

Carroll was a very active and proud member of the Sons of Norway Lodge in Vancouver. He also enjoyed his hobbies, including clock repair, jewelry-making and silver-smithing.

Carroll was a charter member of new Lutheran churches in Salem and Dallas, Ore. He was a member of Immanuel Lutheran while in Vancouver, and Grace Lutheran Church while in Kingman.

In lieu of flowers, memorial contributions may be made to the building Fund of Hospice and Palliative Care of Western Colorado, P.O. Box 1804, Montrose, CO 81402. A memorial service with military honors in celebration of Carroll's life will be held at 2 p.m. Saturday, March 31, at Homestead Assisted Living in Montrose. The service will conclude at the homestead, with a private family internment following the service at Cedar Cemetery in Montrose. Arrangements are under the care of Crippin Funeral Home and Crematory in Montrose.