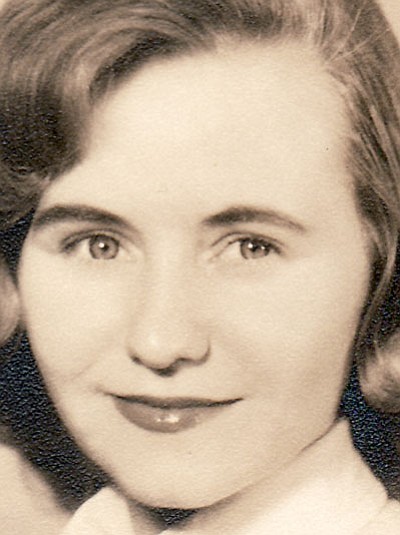 Bette was preceded in death by her husband, her parents, Jennie and Albert Baldwin, Dora Dee Braffet, and Leonard Goldman.

Bette was an accomplished pianist, artist, poet and singer. She sang in many choirs including the Bach Choir of Winter Park. She loved walking the beach, eating out with family and friends, going on vacation and all music. She was a huge college football fan and could be seen wearing her "Gator" orange and blue on Saturdays. She was a member of the Church of Jesus Christ of Latter-day Saints and served in many callings but her favorite was Primary Chorister.

She was a shining star for everyone who knew her.

She fought a long, hard battle against Alzheimer's disease and passed away from complications from a stroke. Funeral arrangements include a viewing at noon and funeral at 1 p.m. Saturday, May 26, at the LDS Stake Center, 610 Eastern St., Kingman. Additional services will take place with a viewing at 10 a.m. and a memorial service at 11 a.m. Monday, June 4, at Purcell Funeral Home in Bushell, Fla. Interment will be June 4 at Florida National Cemetery, Bushnell, Fla.

Memorials may be made in her name to the Alzheimer's Foundation or the University of Florida.