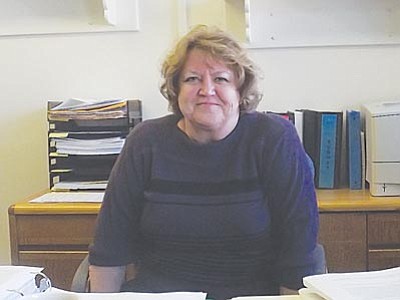 To deal with financial concerns created by low enrollment, years of state funding cuts and the failure of Prop 204, the Kingman Unified School District is going to start its budget from scratch in January.

Enrollment in one year defines funding for the next, and the district is down about 200 students this year. (The official 60th day enrollment this school year is 7,193, compared to 7,388 last year.) Those 195 students translate into an estimated $1 million worth of funding next year. Prop 204, which would've made the one-cent sales tax approved by voters in 2010 permanent, failed. It would've provided an estimated $3 million to $4 million in funding for KUSD.

Combine these factors with two years of deficit spending that depleted the district's savings and the $5 million to $6 million worth of state cuts over the last few years, and it's easy to see why district heads and the school board are ready to use zero-based practices to build the 2013-2014 district budget.

"Nothing is assumed and nothing is sacred," said KUSD Finance Director Wanda Hubbard of zero-based budgeting.

Every school and every program will be looked at and potentially changed, Hubbard said. Corresponding pros and cons to making changes will be considered as well. There's no guarantee anything will get changed, but there is a guarantee that each and every aspect of the district budget will get scrutinized.

The state Legislature reconvenes in mid-January. At that time, Gov. Jan Brewer is expected to release her budget. This gives Hubbard a window into the amount of money the district can expect to work with and allow the district to start creating its budget.

All is not doom and gloom, though. The state made an error in 2009 when counting the amount of students KUSD had.

"We had more students than the state gave us credit for," Hubbard said.

Now that the error has been caught, Hubbard must re-do the budgets from then to now in order to see exactly how much money the district is entitled to.

Though it's a rough number at this point, Hubbard is estimating that the error will be worth about $250,000 once the process of capturing it is done.

The board will hold its first roll-up-the-sleeves work session around the time Brewer releases her budget. If the board decides to make any changes, the community will need to be informed before they take effect. This will be done with town halls, notices mailed to homes and special meetings.

Zero-based budgeting is a complicated way to go about creating a budget, Hubbard said. And the district really doesn't have much time. Though the budget isn't due until July, KUSD needs to have things wrapped up in April if it hopes to start setting itself up with teacher and administration contracts for next year, Hubbard said.

That gives the board and the district a little more than two months starting in January to make everything happen.

Board member Jeri Brock is concerned.

"(We're) really going to have to do some serious cutting to get this budget stabilized," Brock said. She asked Hubbard to provide breakouts of all expenditures associated with every single program, school and piece of district infrastructure.

It's important to remember that nothing is set in stone and that it's too early to get alarmed, Brock said.

"We must go through everything," she said.