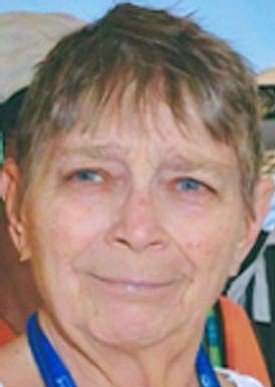 Mary Jean Warming was born April 19, 1941, to Tony and Dorothy Scholten in Terril, Iowa. She was the oldest of six living children.

She moved to Kingman in 1987 where she met and married Lyle "Cass" Warming in April 1989. She was auxiliary secretary for the Kingman Eagles Lodge for 21 years.

She was preceded in death by her husband, Cass; her parents and grandparents; one brother, Billy; one sister, Diane; and her son, Daniel.

Memorial services will be at noon, Friday, Nov. 23, at the Eagles Lodge.

In lieu of flowers, donations can be sent in her memory to the Eagles Children's Christmas Fund or the Eagles Auxiliary Heart Fund to: Fraternal Order of Eagles, 4536 N. Patsy Drive, Kingman, AZ 86409.