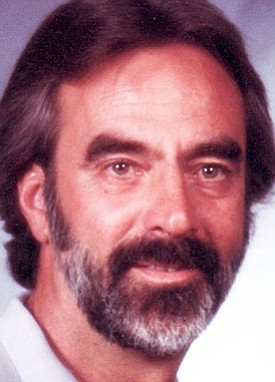 Greg loved Arizona and all the people he knew over the years. Greg will truly be missed by all who knew him. Greg was a very compassionate and caring man. Greg will best be remembered by his ability to work hard for his family and his enjoyment of physical activity. Motorcycling, wave running and boating were among his favorites. Greg was a special man, always there for his family and friends, even strangers in need were helped by his generous nature. We will miss Greg greatly, but appreciated the time that we had with him.

Greg worked for 30 years at the Arizona Proving Grounds before retiring in 2002.

Greg is survived by his mother, Patricia "PJ" Robertson; stepfather, Marvin Robertson of Kingman; his daughter, Autumn Miller (Phil) of Phoenix; son, Blake Barbour of Kingman; brother, Alan Barbour (Cathy) of Kingman; and sister, Valerie Barbour of Kingman. Greg also leaves behind nieces, Elizabeth "Lisa" Lafayette and Sarah, among other nieces and nephews. He was preceded in death by his father, Charles "Chuck" Barbour.

Greg's life would seem too short to many, but those who were touched by him understood that the quality of existence far exceeds the quantity of time in which on lives.

A memorial service will be held at a later date.