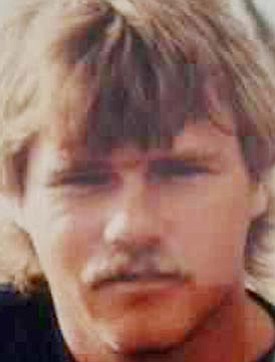 Chris grew up in Henderson. He graduated from Basic High School in 1981.

He later moved to San Diego, where he met his wife-to-be, Susan. They then moved to Kingman. They got married in August 1989.

They then had two beautiful girls, Jazlyn and Alayna. Chris, Susan and the girls then moved to Portland, Texas, in 1998, where he resided until his untimely death.

During his free time, Chris enjoyed hunting with his brother-in-law, Jim. Chris lived while he was living. He went on many deep-sea fishing trips and many hunting trips due to his boss, Mr. Gentry.

Chris is survived by his wife, Susan; his daughters, Jazlyn and Alayna Voorhees, all of Portland, Texas; his sisters, Debbie (Randal) Fortenbury of Henderson, Pam (Robbie) Disipio of Las Vegas, Vicky (Jeff) Shaw of Kingman and Angie (Jim) Tucker of Wyoming.

Chris also left behind many nieces and nephews who all adored him.

A celebration of life for Chris will be from 4 to 7 p.m. Saturday, Oct. 27, at Mission Hills Park, 551 Mission Drive in Henderson, Nev.