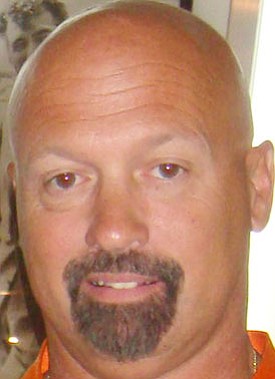 He spent his early years in California before moving to Grand Junction, Colo., where he graduated from Central High School in 1977. In 1992, Frank moved back to Kingman where he worked in the retail grocery industry. His major employer was Schwan's Foods. Also known as the "Pizza Man," he had many interests, which included collecting antique classic cars (specializing in Ford vehicles) as well as being the No. 1 Denver Bronco's fan.

He also enjoyed the many Italian gatherings held by his extended family.

He is survived by his mother, Gloria Rees; sisters, Chanda Fryer and Leah Rees; brother, Loren Rees; aunts and uncles, John and June Colosimo, Donnie and Jana Colosimo, Joan Click, Pam and Chris Jerger, and Dale and Laura Rees; special friend, Carla Roppolo; ex-wife, Annette Pitt; his stepson, Bobby; and many cousins. He was preceded in death by his father, Ken Stringer, and stepfather, Dean Rees.

Frank lived his life to the fullest and had a great time during it. His laughter and smile would fill the room. He will be missed forever by his many friends and family.

Funeral services were held Friday, Oct. 26, at Callahan-Edfast Mortuary in Grand Junction, Colo. A celebration of life will be held from 11 a.m. to 5 p.m., Sunday, Nov. 4, at his estate in Golden Valley.