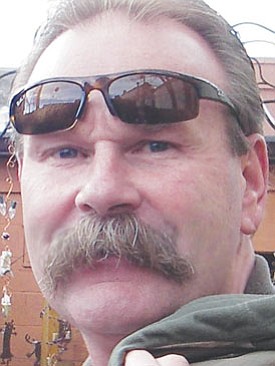 Pastor Howard Pennington, 57, senior pastor of Praise Chapel in Kingman, stepped into the presence of the Lord on Monday, Aug. 27, 2012.

Howard was born July 10, 1955, in Santa Ana, Calif., to Don Pennington and Nora Lee. At a young age, Howard and his family moved to Bullhead City, Ariz.

In 1976, Howard gave his life to Jesus Christ and faithfully served Him. Howard met Pamela Darrah in Bullhead City and they were married Feb. 9, 1974. Howard and Pam have two children, a son, Travin Pennington, and a daughter, Tyona Taylor. Pam preceded Howard in death when she went to be with the Lord on Sept. 9, 2001. A few years later, Howard married Marsha Esquibel on Dec. 12, 2007.

Memorial services are planned for 6 p.m. Friday, Sept. 7, in the Kingman Academy of Learning High School gymnasium. Doors will open at 5 p.m.

In lieu of flowers, the family has asked for donations to be made to Praise Chapel Benevolence ministry. Pastor Howard's life mission was to make a real difference in the lives of those around him. He did that through the love and grace of Jesus Christ that had radically changed his life.